The Unity Works is a Grade II listed building at 36-46 Vittoria Street in the heart of the historical Jewellery Quarter in Birmingham and was built in 1865 as a toolmaker works.

We were approached in 2011 to design a scheme on behalf of Indigo Hotels to convert this fantastic building into a boutique hotel. The design centered around maintaining the front portion of the existing building, therefore keeping the impressive facade and demolishing the three wings to the back and sides of the property which were in too poor condition to retain.

The new hotel would have 32 double rooms in total, all with en-suite facilities. Ground floor would house 9 rooms, first floor 18 rooms and on the top floor a light-weight, glazed, modern structure added to the top of the existing building would create a further 5 rooms.

The scheme was put on hold following issues in securing the purchase of the building which eventually led the client to purchase in The Cube, Birmingham. 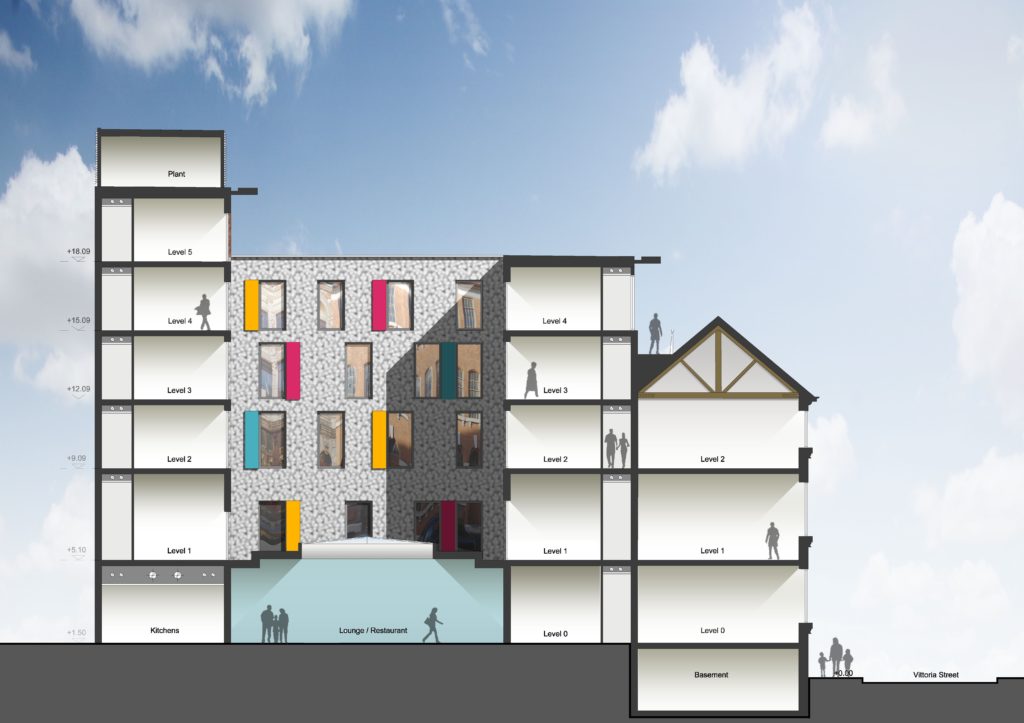